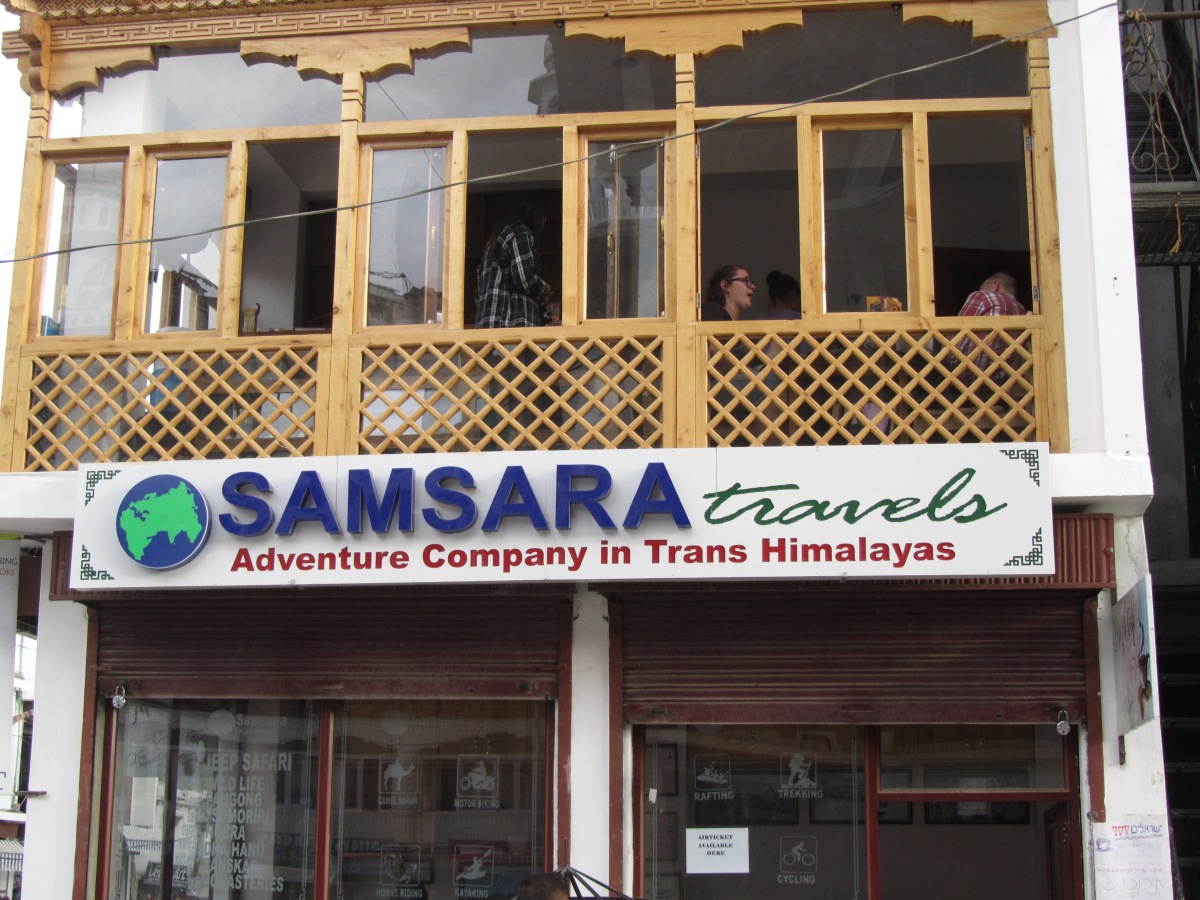 I was recently encouraged to write an entry on some scams I’ve encountered in my travels in India. Having been there several times now, I’ve met with a few.

First of all, I don’t want to portray a negative image of India. While it has it’s problems, it has great people, beauty, history, and culture. If I didn’t love it so much, I would have stopped going after my first time there. I’ve been back twice, and it keeps drawing me back.

I would like to point out that I have met multitudes of genuine, friendly, honest, and caring people in India. Many of them have taken this lone traveler under their wing, fed me, looked after me, and sometimes even invited me into their home. Like anywhere else, one encounters both honest and not-so-honest actions. But India does have a reputation for it’s share of touts, or people out to make a buck off of unsuspecting tourists.

Also bear in mind that even the poorest traveler to India has access to much more money than most of the people trying to get them to part with it. Scads. And many of these scams amount to the sum of only a few dollars. Yes, it’s a pain in the assets. When visiting for longer periods of time, it does get old sometimes, and makes one wary that everyone is out to make money from them. It also discourages many tourists from returning, which in the long run won’t be helpful for vendors. But one has to ask themselves if it’s really worth getting upset over. There are no easy answers. Caution, a big-picture view, patience, compassion, and a sense of humor go a long way.

So that being said, here is a short list of scams I’ve seen, and some I’ve even fallen for:

“Shoe! Shoe” – On my first trip to India I saw a woman in Delhi who was wearing a pair of sandals that appeared ready to disintegrate. She said she didn’t want money. Just a new pair of shoes. She then led me to a shop and pointed out a pair of shoes that cost 500 rupees, or $8 USD (twice the price as what they usually cost). I fell for it, and bought her the pair of shoes. Later I saw her walking around begging with the same raggedy shoes, and was told that she most likely split the proceeds with the vendor (who kept the shoes to sell again).

Taken for a ride – Quite a common thing is to be told by a rickshaw wallah that they will take you to a major attraction for a nice low price. And they will, eventually. On the way, they’ll take you to a rug shop, a carving shop, a sari shop, a jewelry shop…basically  the shops of all their friends, where they’ll earn a percentage of anything you buy. Even if you tell them you are not interested, they’ll say “Just to look”. Walk away and find another driver.

This also happens with hotels. The drivers will tell you that your hotel is full or was just closed down due to a fire, bankruptcy, bubonic plague, or whatever. Or they’ll pretend they can’t find your hotel. They will try to take you to a “much better hotel” run by their uncle. Don’t do it. They’ll overcharge you and get the profits.

“The meter is broken” – Another rickshaw or taxi driver trick. You’re much better off using the meter, but I’ve rarely seen them used outside of southern India or in Kolkata for people who live there and know better. Usually drivers prefer to give you an inflated price, and sometimes even raise it while you’re riding along. If you’ve just arrived at an airport or train station in India, find the prepaid taxi stand. It’s your best bet. Or learn to either bargain aggressively or be overcharged.

“Change for the worse” – Torn currency is not accepted by most vendors, but if there’s an unsuspecting tourist, they will often unload it on them as change. Be alert.

“There’s no such thing as a free blessing” – If someone wearing orange or in costume (one guy in Rishikesh dresses up as Hanuman) comes up to you and wants to bless you, most likely he or she will want a monetary blessing in return, and tourists are expected to pay much more.

The great jewelry scam – in Rajasthan and other places, I hear it is common to get tourists to buy jewelry to take back to their country, in order to sell it back to “associates”  of the vendor. Sadly, the associates don’t exist, and the unsuspecting tourist has just bought a bunch of fake jewelry that they’re now stuck with.

“First time in India?” – If you hear this from a rickshaw/taxi driver or a store owner, guard your wallet. It’s a good indication you’re about to get scammed.

“Ek selfie, please” – Not a scam, at least for the most part. Usually the people who ask this consider it an honor, or at least a novelty, to have you in their pictures. Be prepared to be asked this on a regular basis. That being said, I have heard of young men asking women for selfies and then posting the pics on social media, stating that this was their “girlfriend”.

There are, I’m sure, many other scams. These are the one’s I’ve encountered, or in the case of the jewelry, heard about. If you are thinking of going to India, by all means, go. Just be aware. Many others have written about scams in India. One of my favorite sites for travelers is IndiaMike.com, which has a wealth of information.

So go. Travel responsibly, and remember not to sweat the small stuff.

And until next time, be well and peaceful.

8 thoughts on “Yeh Mera Pahale Baar Yahaan Pe Nahiin Hai, Or, This Is Not My First Time Here”