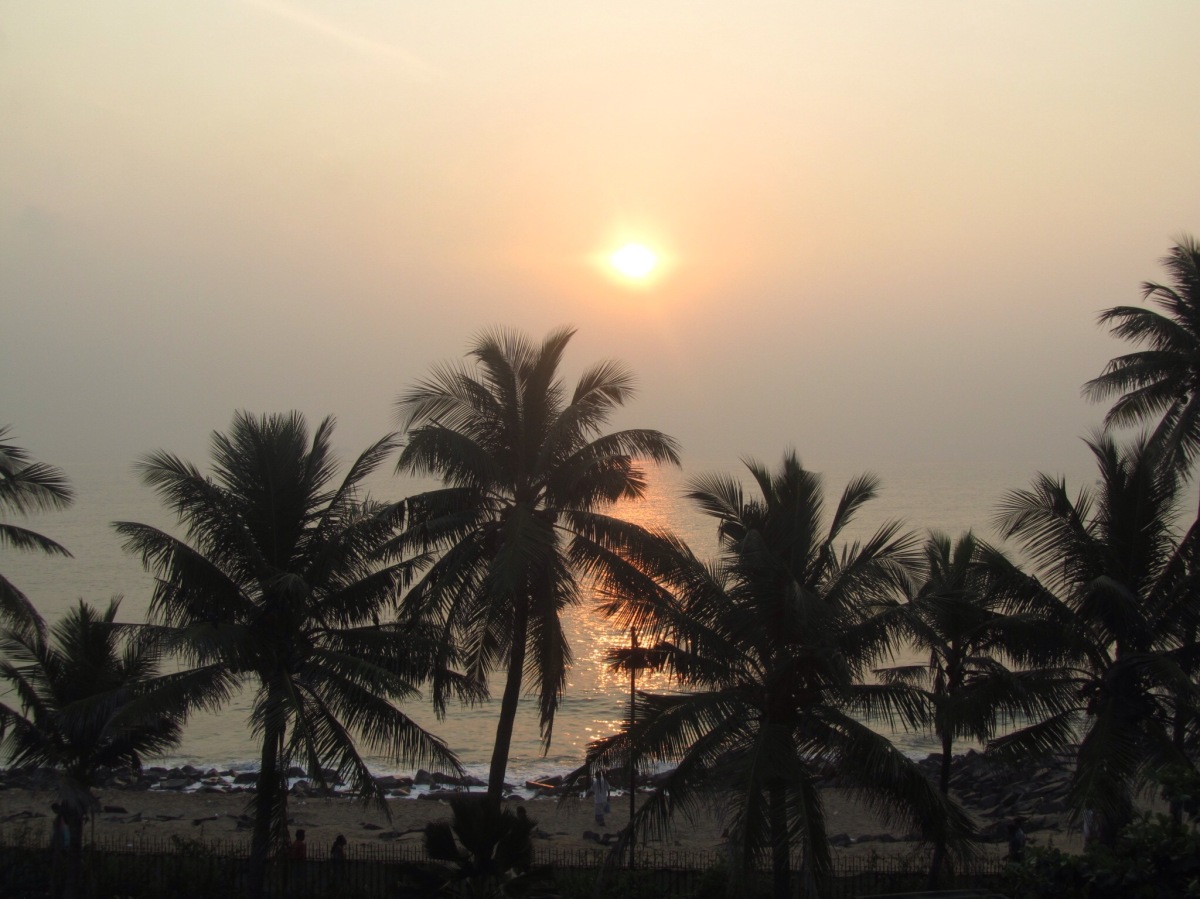 Pondicherry, or its pre-colonial name, Puducherry, is like an Indian New Orleans. No small wonder, as it was largely colonized by the French vs the English as many other towns were. So when walking down the streets, there’s a mix of French architecture, coconut trees and other greenery, and lively South Indian colors. Pondicherry is along the Bay of Bengal, and while there’s no big sandy beach, there is a small rocky strip of sand with rocks along the water, and a large walkway where people stroll along in morning and evening time. The adjacent street is blocked off at night as well, making it a merry and peaceful posada.

Here are some pics I took around town. 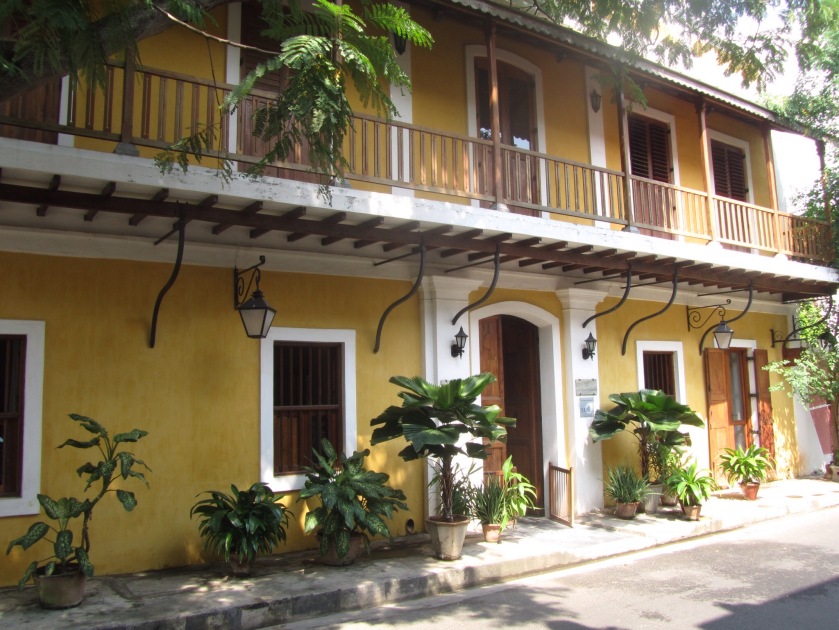 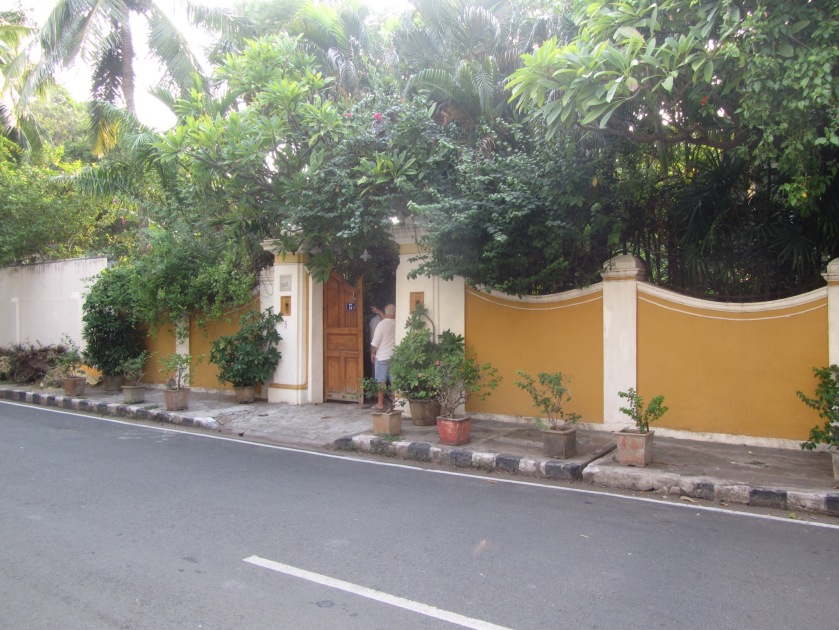 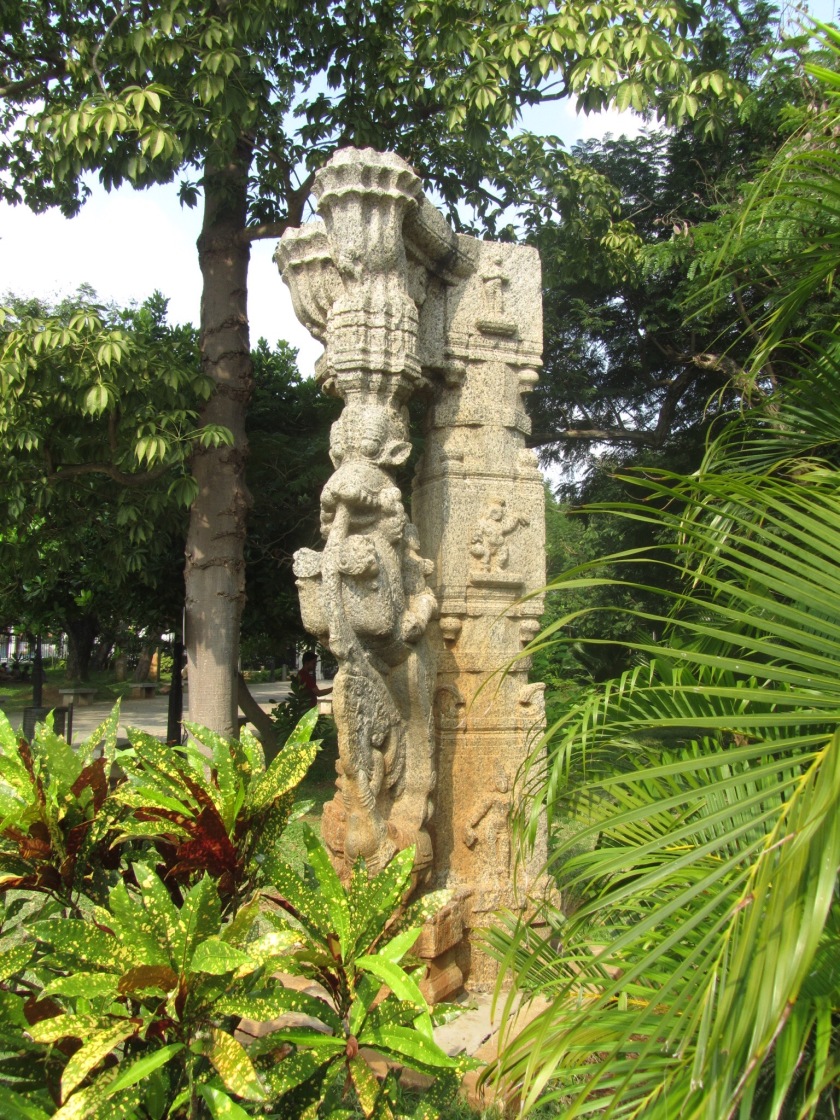 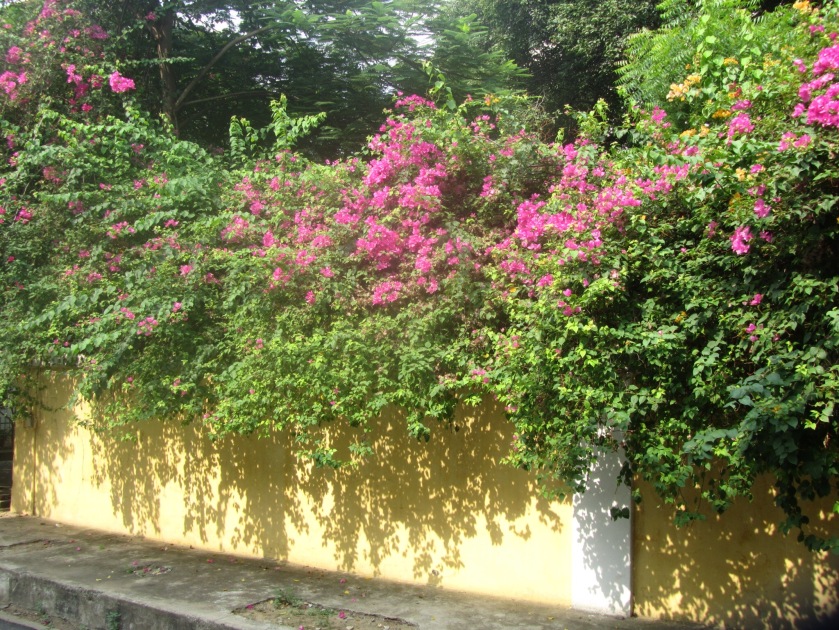 I managed to get a room in the prized Park Guest House. Run by the Aurobindo ashram, it sits along the shore and all the rooms face the sea, with balconies as well. The balcony made a great place to do morning sun salutations and meditation. And if one could ever get tired of watching the waves, there’s a peaceful garden to admire and walk in as well.

Morning. At first there’s no distinction between water and sky. All is a blue-grey mist that gets lighter with time. Slowly, slowly, the faintest of pale pink appears as the sky lightens. Soon the pink is reflected on the water as the waves roll in. Then suddenly, a sliver of neon pink-orange sun appears above the clouds on the horizon, and rises, reflected on the water, a giant ball of light. And so the day begins.

While there, I spent much time just wandering the streets and admiring the atmosphere. But I did manage to make it to the ashram itself. The ashram was founded by Sri Aurobindo, who developed his own style of yoga which he called “integral yoga”, and by a French woman named Mirra Alfassa, known simply as “The Mother”. Both have passed on, but the tradition remains strong and the ashram is quite an organization with shops, offices, and guest houses all over town. The main ashram is where Sri Aurobindo and “The Mother” are interred, and visitors to the ashram are shepherded around the shrine, to the bookstore, and then to the exit. That’s pretty much it.

As the ashram guesthouse had no wifi, I looked for cafes that had it available. Very few and far between. I went to one cafe who actually told me that they didn’t give out passwords on weekends. What? Seriously? But I didn’t even ask why. I’ve learned not to. Knowing the (usually very odd) reason doesn’t change the fact that I’m not going to get what I want. It’s much easier just to let it go. In the words of Jimmy Buffett, “breathe in, breathe out, move on”. But it was sort of fun trying new places in search of wifi, and even the place that didn’t give the passwords made a great chocolate croissant.

My last evening there was a real treat, as I was able to watch a blood moon rising above the water. As it climbed higher it changed to a bright orange, and appeared like a giant jack-o-lantern. Rising higher, it became ivory, casting a shimmering glow upon the water. And to top it off, a fireworks display right near the guesthouse. It was a great send-off, even though I’m pretty certain it wasn’t just for me. 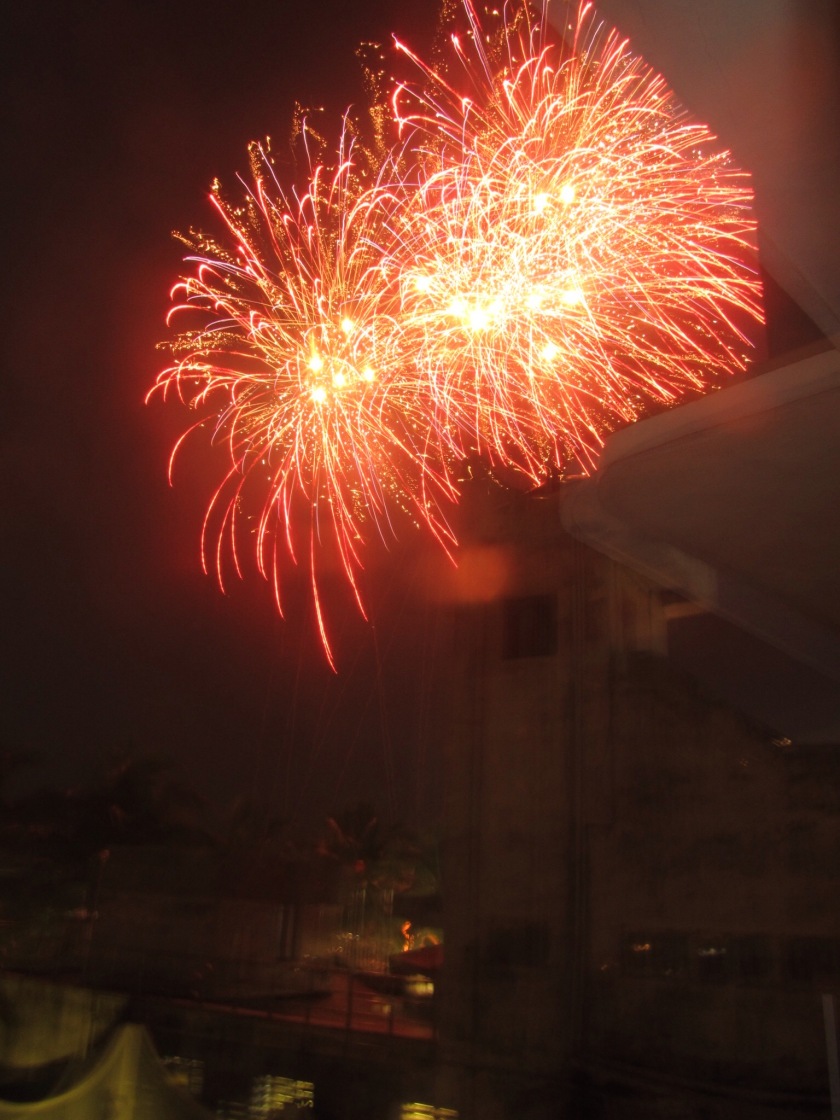 The first: what may be the ugliest dog I’ve seen in India. I saw him on the beach each day I was there. And before you feel too bad for him, I did see him with a female companion, confirming that love certainly is blind. 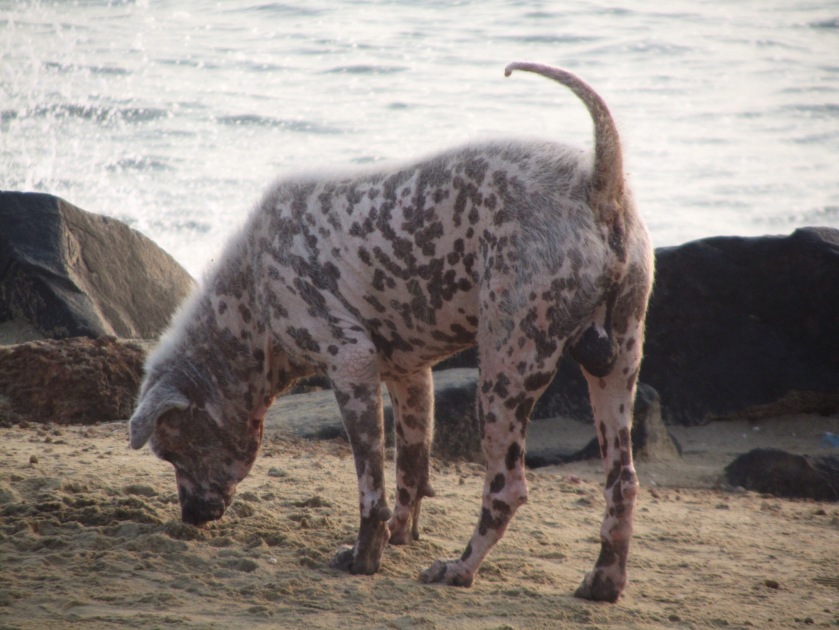 And last: This poster appeared all over town while I was there. Interest piqued, I looked up the website. Hmmmm.

5 thoughts on “The Cherry on Top”