I took a “sleeper” bus from Jaisalmer to Udaipur, as there was no direct train. I won’t go into sniveling details, but let’s just say that the term sleeper for a bus is even more optimistic than the train.

Despite lack of sleep, I arrived in Udaipur with some energy to explore the city. Udaipur is spread around Lake Picchola, which is about 12 sq. km.. The main tourist spot is the city palace complex, which is Rajasthan’s largest palace. Like many of these grand structures, it was started by one ruler and built upon by subsequent ones. This palace was initiated by Maharana Udai Singh II in 1599. 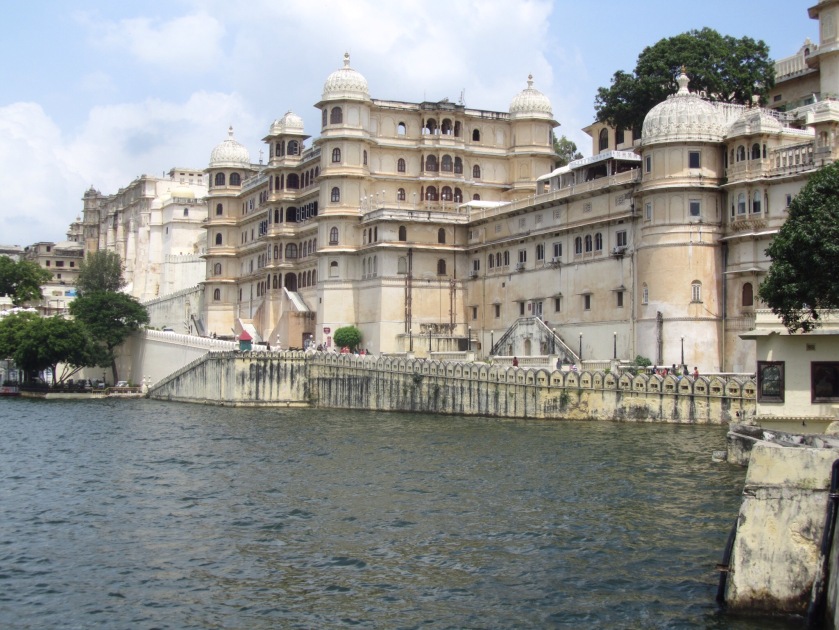 The museum inside displayed some of the interior architecture, along with articles used by the maharanas. My favorite parts were the stained glass windows, but it was all impressive. 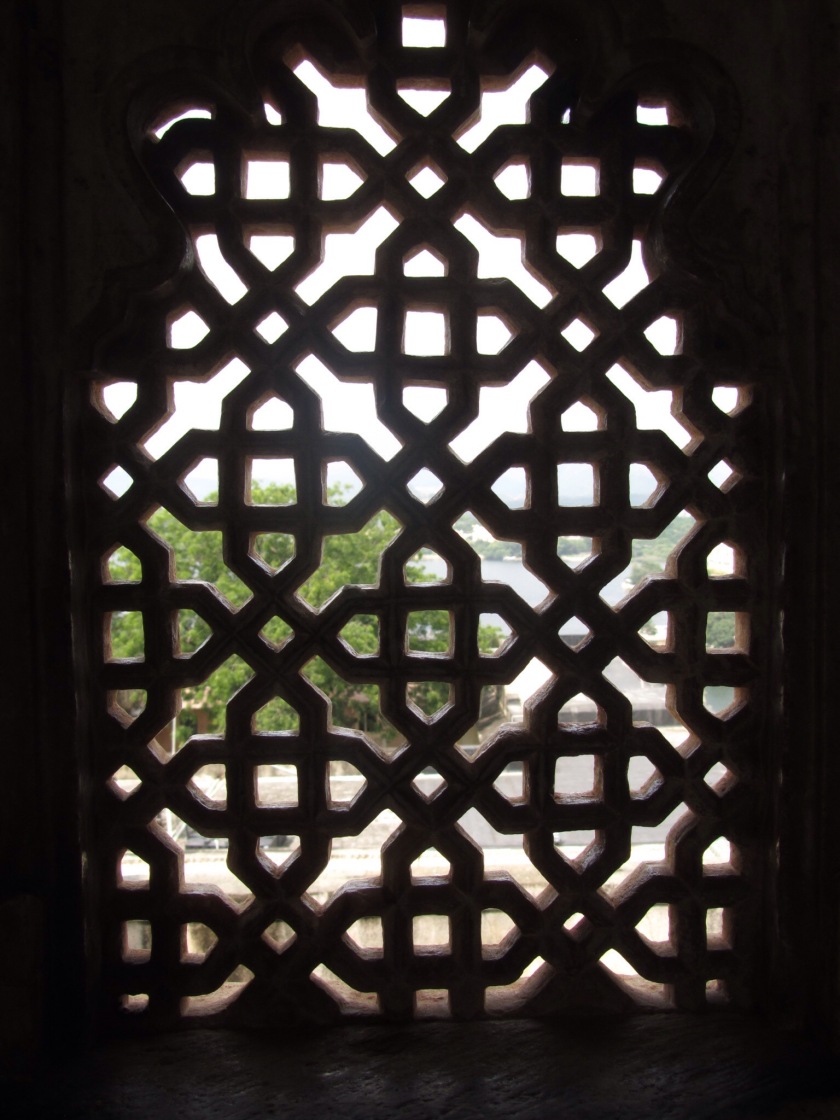 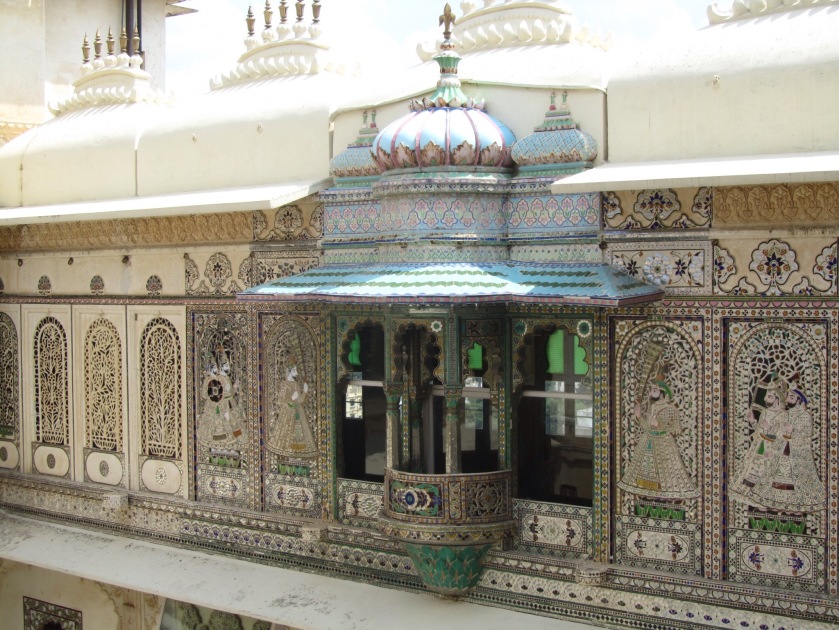 Outside of the city palace, there are peaceful sites by the lake to relax, and I explored these in the afternoon. 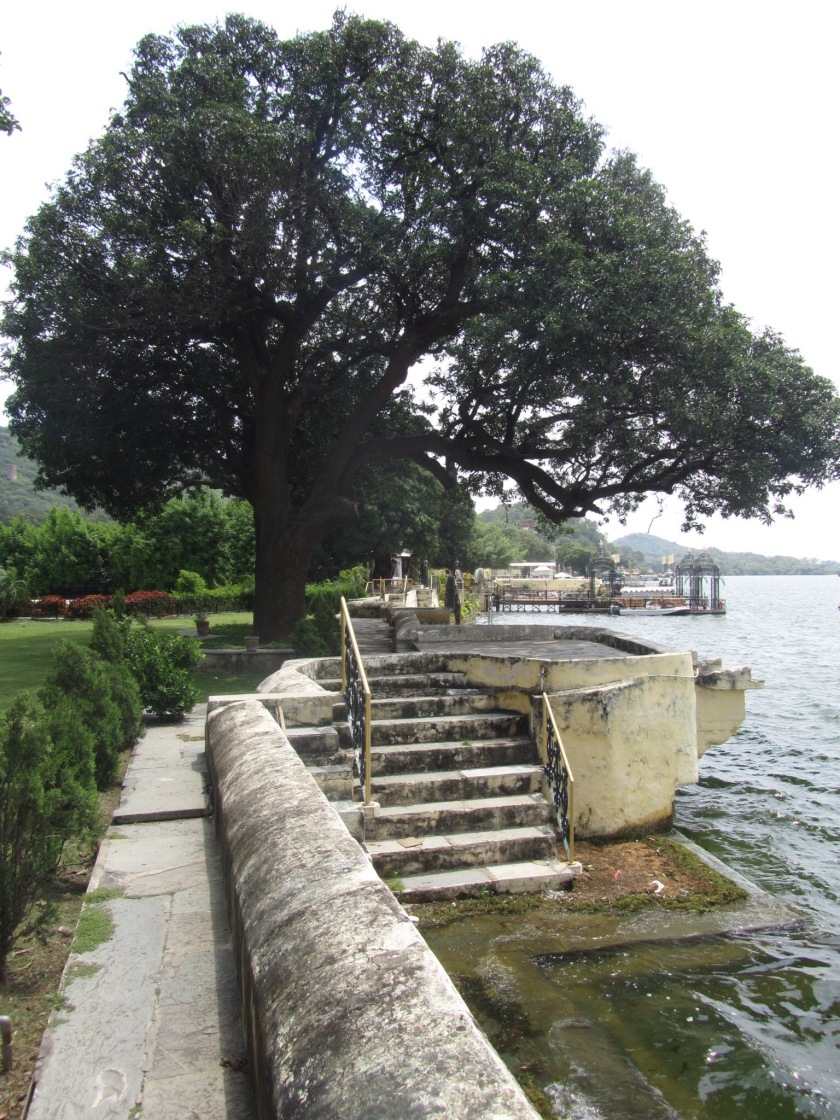 Another popular building on the lakeshore is the Bagore ki Haveli, which has a museum with the largest turban, among other things, and at night hosts a Rajasthan culture show. I would highly recommend both for a sampling of local culture. 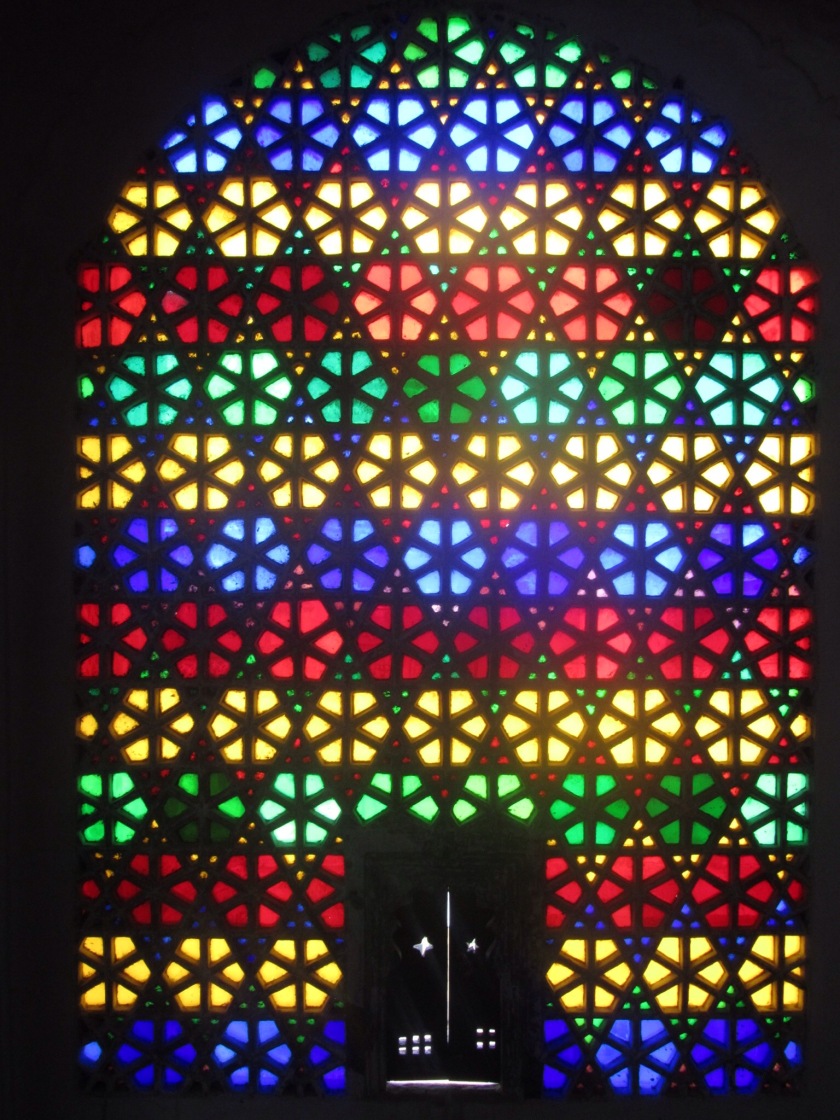 My last tourist visit was to Sajjan Garh, or the monsoon palace. It’s not very old, as it was built in the late 19th century by Maharana Sajjan Singh. Apart from some scaffolding in various parts, it looks like it’s been largely neglected since then. But it’s main draw is the surrounding scenery vs the architecture. It’s a few miles from town on the top of a hill, and offers endless gorgeous views from the surrounding area. It’s also a favorite place to watch the sun set, with good reason. 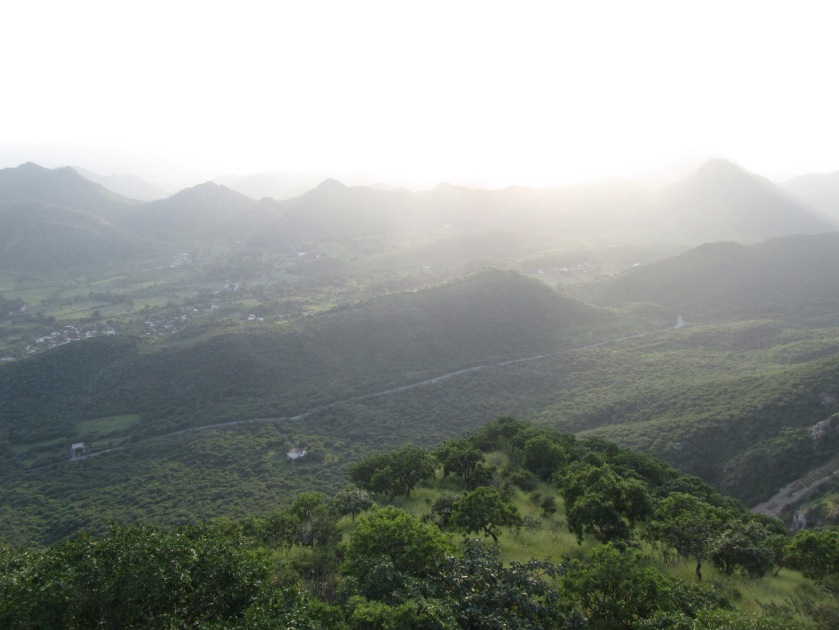 Apart from these main attractions, I’ve been wandering by shops, puzzling vendors by being the rare tourist that isn’t interested in buying things, and finding quiet places by the lake not mentioned in Lonely Planet. Overall, it’s been a peaceful visit.